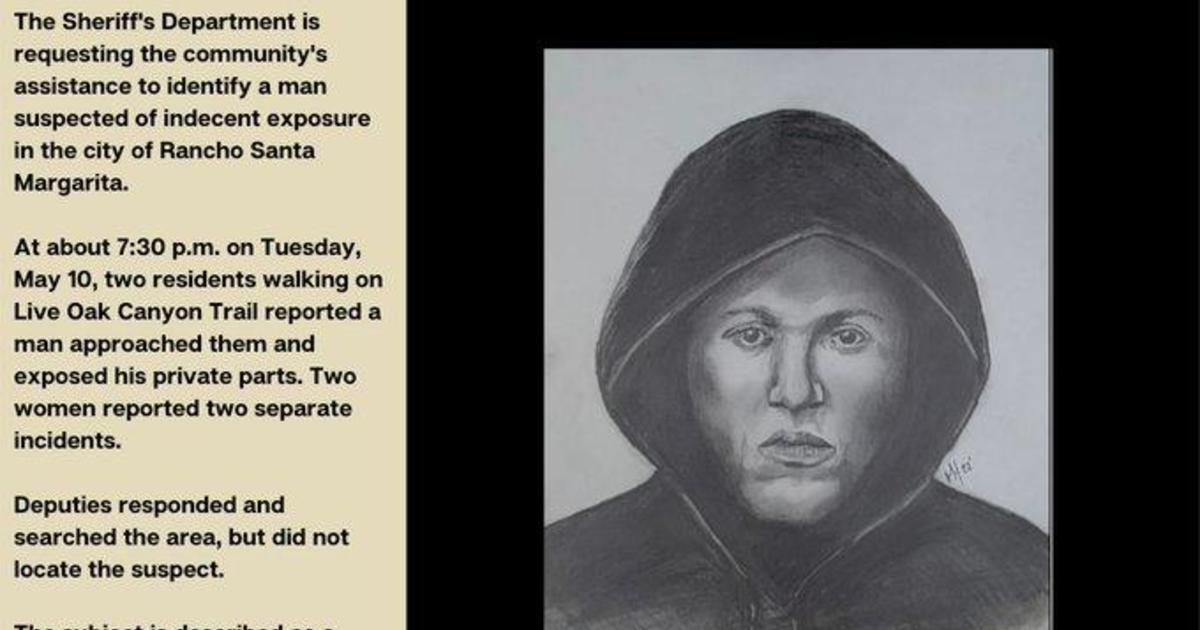 Authorities are searching for a man wanted in connection with a series of flashings that occurred in Rancho Santa Margarita on Tuesday.

Orange County Sheriff’s Department deputies released a sketch drawing of the suspect via Twitter on Friday based on the descriptions provided by the victims of the indecent exposure.

The suspect reportedly approached a pair of residents walking along Live Oak Canyon Trail at around 7:30 p.m., where he exposed his genitals to them.

A separate pair of women also reported that they had been approached and flashed on two separate occasions as well.

Deputies who were dispatched to the scene were unable to locate the suspect, whom they have described as a Black male in his 20s, with a slim build and medium height. He also has medium-length curly hair.

Anyone with additional information was asked to contact authorities at (949) 770-6011.